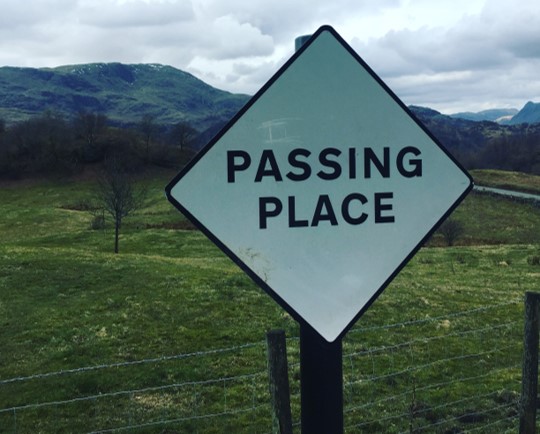 When I came out to friends and family one of the first things they asked me was how did I realise I was gay? When did it happen? Well the honest answer is I’m not sure. There was no one defining moment when the lightning bolt struck and that was it. For me it was a slow burn, a series of things in stages and by the last stage I knew for sure. Let me try and explain it best I can to you.

Stage 1 – Less of a stage and more of an observation, but let’s start here. It was no secret to myself that I loved watching strong independent female characters on TV. From my younger years with Nancy Drew to moving onto all the stereotypes such as Harriet Makepeace, Christine Cagney and Dana Scully. I noticed however over the years it was more than that. I really like the female parts so much; if I was re-watching something I’d often skip a lot of the male character scenes to focus on the women. I didn’t feel at the time I fancied them, but I gravitated towards them. I wanted to hang out with them. I wanted to be like them.

Stage 2 – Getting into the specifics now, I asked myself the question in my head one day while I was walking up to the train station in Crystal Palace. ‘Are you a lesbian?’ I shuddered at the word lesbian. Sorry, but I just don’t like it. The word itself isn’t pretty. It’s not an enjoyable word to say like kerfuffle, skedaddle or collywobbles. As stupid as it sounds, if I was going to consider joining a new club the name was important. I also knew that lesbians were the butt of a lot of jokes (something I would come to challenge in the future). For now though, if this was to happen at all I’d be joining the gay club.

Stage 3 – So far this was just amongst me myself and I. I was noticing over time I started to think maybe I was bi-sexual. I felt I was getting more and more into women. It sometimes felt a bit like crushes. But so far these were always people on TV and in films. Never in real life. I needed to get a second option. I needed to tell someone. I told a close friend on a boozy night out. She listened, told me a story of when she once kissed a girl and said maybe I was mistaking fancying women to admiring them. I disagreed. I was arguing about my potential new self. Suddenly this felt like a big deal. Saying it out loud suddenly made it feel more real. It was existing in language, so was it existing in me? Was this really happening?

Stage 4 – As time went on it felt like it was real and it was starting make sense and settle within me. I felt happy about it and excited to explore all the gay culture I had missed and more than anything I wanted to go on a date with a girl! In expressing how I felt outloud I had suddenly turned a corner. I felt 100% sure I was bi-sexual, but if I scratched the surface would that be my transitional phase to gay? Was it easier to bolt-on liking girls too as opposed to just liking them exclusively. Maybe I wasn’t ready to be exclusive with gay.